Architect Maria Eloisa “Louie” Zepeda Teng was forced to walk away from her profession when she lost her vision in 2007.

Initially diagnosed with typhoid fever, Teng, then 24, knew something was terribly wrong when she felt no improvement after taking her prescribed medication. The fever was still there and she hasn’t regained her strength back. Two days before the new year of 2007, things took a turn for the worse when she collapsed into a coma-like state for 48 hours.

“My family was just waiting in the hospital for me to improve,” Teng said. “However, the longer they wait, the more I start to look like a vegetable.”

Teng’s family decided to transfer her to a prominent hospital in Makati as they suspected she was misdiagnosed. Sure enough, their hunch was right, and for the first time, Teng found out what exactly she was dealing with: meningeal tuberculosis (TB meningitis or TB of the brain).

The TB Burden in the Philippines

The Philippines is ranked 4th among the 30 nations classified by the World Health Organization (WHO) as a high-burden country for tuberculosis. According to the WHO, the 30 high TB burden countries accounted for 87% of new TB cases globally in 2019. An estimated 599,000 Filipinos fell ill with the disease in the same year, per the latest annual report of the National Tuberculosis Control Program (NTP).

The Department of Health (DOH), also reported that the Philippines had the highest TB incidence in Asia with 554 cases per 100,000 people. To curb the problem, the DOH is continually lobbying for a 1.5 billion budget from the national government.

While TB is widely thought of as a type of respiratory disease, the TB bacteria could spread through different parts of the body, causing what’s known as extra-pulmonary TB incidents. Teng’s case is one of them.

After 24 months of medication, Teng’s hospital bills ballooned to around P2.5 million. Thankfully, her family’s successful printing press business allowed them to pay for the hefty sum. But Teng believes it’s through divine intervention that she was able to pull through.

For Teng, though, the physical recovery from the disease was the easy part. The hard part was losing her eyesight – a suspected side-effect of her medication – and losing her sense of self, subsequently.

“I don’t like the blind situation ever since I was a kid,” she shared. “Even then, I always thought that if ever I have to lose something, I’d rather lose my leg. Because I’m an artist, I’m pretty much a designer all throughout my life, I couldn’t imagine why the colors would have to disappear.”

“I definitely gave so much meaning to whatever I see every day; I’m that type of person. But then, that’s exactly what I lost.”

Teng believes the loss of her vision could’ve been avoided if she had been treated with the medicine and technology that’s available today. Ethambutol, a potent drug Teng was prescribed with, is no longer being used for more than two months. But as advanced research about the side-effects of the drug hadn’t been done yet, Teng believes she took too much, which led to her impairment.

Even the method of detecting TB in patients has drastically advanced since Teng was diagnosed in 2007. One of the most advanced testing kit today is called the GeneXpert. Although the testing kit was first launched in 2003, it wasn’t until 2010 when the WHO endorsed the technology and released a recommendation and guidelines for countries to integrate the testing into their programs.

GeneXpert simultaneously detects Mycobacterium tuberculosis complex (MTBC) and resistance to rifampin (RIF) in less than 2 hours, according to the Centers for Disease Control and Prevention (CDC). In comparison, standard cultures may take anywhere from two to six weeks for MTBC to grow and conventional drug resistance tests can add three more weeks to the process.

As it is with most products, however, improved quality often comes with a steeper price. GeneXpert kits cost roughly around $150 (P7,490). On top of that, only a select group of private hospitals in the Philippines own a machine that’s used to process the test kits.

Fortunately, GeneXpert testing has been made available at a significantly lower price through the efforts of a few private organizations. Spearheading the movement is the Philippine Private Sector Diagnostics Consortium, or simply known as The Consortium. 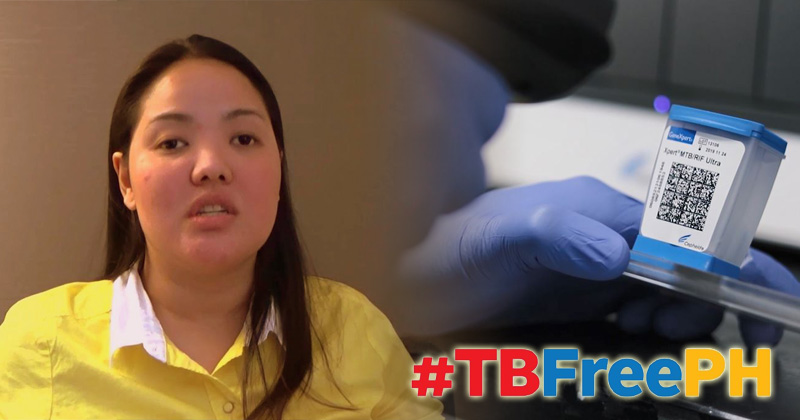 “We conducted a market analysis to analyze what the drivers are for the high cost (of GeneXpert testing) is in private sectors,” Carrascal said. “Why is it that expensive? Why do they cost around P7,000, P8,000, and even P10,000?”

“We looked at what the main drivers are for the cost and we came unto an agreement of how much was an acceptable pass-on price that will eventually translate to the cost of the testing kits being affordable for private sectors,” she added.

By functioning as a bridge between private hospitals and manufacturers, the Consortium was able to make GeneXpert test kits available at an average price of P2,268 instead of the standard P7,490.

Carrascal said that one in three Filipinos opts to seek care in private hospitals. Therefore, providing cheaper GeneXpert testing could benefit a third of Filipinos dealing with TB.

The tragedy that took away Teng’s sense of purpose is also what gave her life new meaning. After Teng finished her treatment in 2009, Dr. Thelma Tupasi of Tropical Disease Foundation (TDF) requested her to take on the role of head patient support for four health centers in Bataan, Manila, Quezon City, and Makati, respectively.

It was during her time as a support group patient leader that Teng accumulated knowledge on how to help TB survivors recover from the mental toll brought on by the disease. Teng’s newly-found passion for her fellow TB survivors is what pushed her to establish TBpeople Philippines in 2014 – a private organization composed of TB survivors, that aims to “fix the stigma associated with the communicable disease and lessen the negative experiences due to discrimination faced by our persons treating TB.” (Per TBpeople PH).

According to Teng, a full recovery from TB requires “not just a medical model, (but) a social model” as well. “After all,” she said, “the best mentors are the ones who survived the disease.”

As the years went by, TBpeople PH has taken on additional responsibilities such as acting as a watchdog to ensure TB patients receive proper treatment from local government units. Amid the COVID-19 pandemic, the organization has been helping the national government by identifying local health centers with low TB medication supply and severely understaffed facilities and reporting their data to the DOH.

Teng believes that TB treatment in the Philippines has a long way to go despite the significant advances in recent years. In her opinion, private organizations such as TBpeople PH and The Consortium play an essential role in the country’s decades-long battle to stomp out the disease.

“Honestly, The Consortium itself is the solution (to educate) our private doctors who aren’t caught up to the latest protocols of treating TB,” said Teng.

Meanwhile, Carrascal is firm in the belief that the partnership between private organizations and the national government is “very vital” to the aspect of disease management.

“The public-private partnership is really very important,” said Carrascal. “Like right now, with COVID, we see that. The efforts aren’t done purely by the government alone.”

“But I think with regards to the operations of The Consortium, everything we do is in line with what the Department of Health and with what the National TB Program is doing. We’re not here to stray away from what they’re implementing. We work in parallel with them.”

This story supports the #TBFreePH campaign of the Department of Health (DOH). With the help of the United States Agency for International Development (USAID), #TBFreePH aims to increase and improve conversations about TB and help address stigma and discrimination experienced by persons with TB.

*The story is written by Rafael Bandayrel, sportswriter and a freelance journalist based in Taytay, Rizal, for the 2021 #TBFreePH Civic Journalism Fellowship for TB Coverage in the Philippines.

The story is posted by IBS Digital Network in support #TBFreePH campaign and civic journalism initiatives. 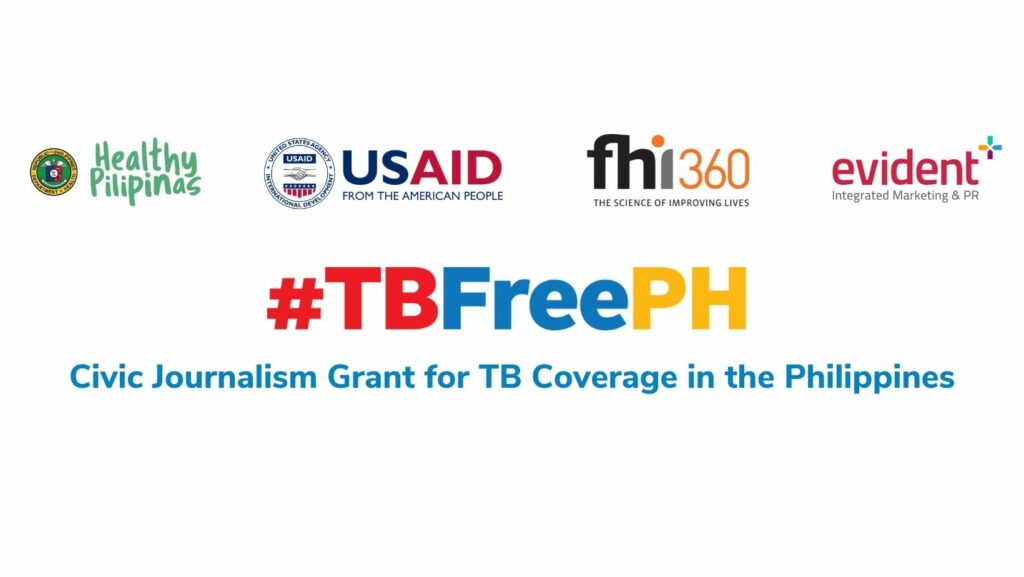 The growth of a city within a city