The Local Government Integrity Circles (LoGIC) Project in Iloilo Province was able to finish the digitization package conducted through clustered training from September 7 to 16, 2020.

The beneficiaries of the one-day digipack training were 30 municipalities with a Multi-Sector Integrity Circles in place.

The Integrity Circles is composed of the municipal and community-based civil society organizations, private business and enterprises, and the Local Government Units (LGUs) mostly represented by the Local Economic and Investment Promotions Office (LEIPO).

The digipack aims to capacitate network members under the LoGIC Project so that they can combine the use of digital tools with face-to-face work making them “digitally ready” to transition to online work as required under the new normal in carrying out monitoring and evaluation of Integrity Mechanisms on their respective locality.

The LoGIC Project is a 3-year initiative that aims to establish a culture of integrity in LGUs all over the Philippines through the institutionalization of the LoGIC Network. The project involves around 300 LGUs across different regions. 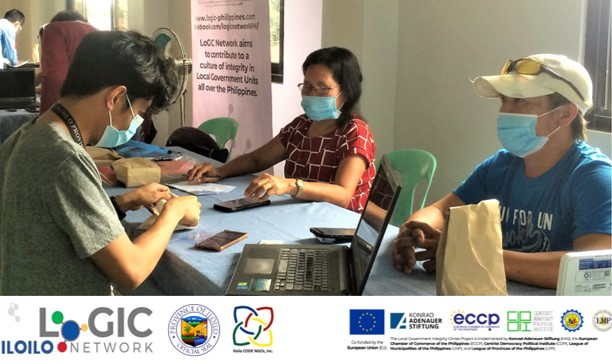 The project is co-funded by the European Union and by the German Federal Ministry for Economic Development Cooperation.

The project implementation is supported by the Iloilo Provincial Government and the chief executives of 30 LGU partners.

Governor Arthur Defensor, Jr. has issued Executive Order No. 039, Series of 2020 which reorganized and reconstituted the Integrity Circle of the Province of Iloilo. Project partners have likewise issued the same EOs at the LGU level to institutionalize the mechanisms that will maintain a culture of integrity.

Digipack is tailored for grassroots orgs

The digipack was designed for Iloilo Integrity Circles by the Iloilo Caucus Development NGOs Network (Iloilo CODE-NGOs) and the Local Economic Development and Investment Promotions (LEDIP) Center of the Iloilo Provincial Government as directed by Gov. Defensor, Jr.

The digipack is a compressed set of capacity building tools for effective online work under the new normal. It is composed of soft and technical orientation, step-by-step tutorial, trial run, and actual exercises.

The participants was able to learn the basic technical aspect of starting online work like installation of wi-fi router, resetting of wi-fi router, downloading of applications, and synchronization of mobile devices such as laptop computers and smart phones, among others. 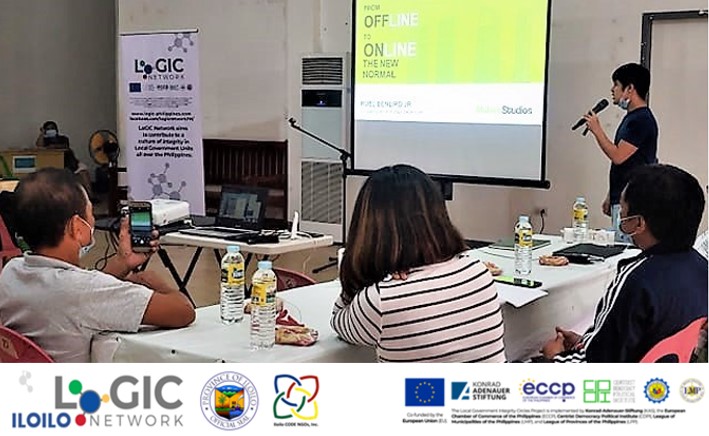 It also enabled participants to get a refresher through a tutorial on how to set-up an E-mail account using Gmail, its interlinking usage like Google Drive, Google Map, and its meetings platform like Google Meet and also Zoom, the most popular application these days used for webinars, meetings and conferences.

The resource persons also reintroduced Facebook and the Facebook Page by presenting the many features that were integrated with the app and which participants can utilize for their livelihood activities, enterprises, or to simply establish the presence of their organizations online through social media.

The effectiveness of using the Facebook Page to reach out to producers and consumers or on how to connect them was illustrated using the Iloilo Wholesale Tindahan, an application developed because of the pandemic.

Moreover, participants was able to apply their skills through a trial run on the use of Zoom, Google Meet and Messenger Room with role play exercises in organizing a meeting, hosting a meeting, and being a webinar participant.

They also learned how to use digital wallets like GCash and PayMaya, a facility that most community-based CSOs were not familiar before the training.

The participation of 30 municipalities we clustered into five groupings.

All of the participants across 30 municipalities were highly appreciative of the effort calling the initiative relevant and necessary for it responded on their needs. They were also committed to practice the knowledge and skills that they have acquired from the training and to share it within their respective sectors and organizations.