TOWARDS the start of the new millennium, anticipation was in the air. There was apprehension about “Y2K” in an emerging digital world. People were excited about a new century. The country was a rising tiger of Asia. “Erap” Estrada had won the 1998 elections and was popular, though there was rising discontent with his presidency.

June 12, 1999 was a major milestone in Iloilo’s business community, as the first SM mall in Panay opened, forever changing the landscape of retailing in Iloilo. It also completed a decades-long, gradual shift of the main commercial areas of downtown Iloilo – the JM Basa-Iznart-Delgado-Ledesma nexus – to the Diversion road area.

The first “mall” in the country is Ali Mall in Cubao, inaugurated by the great Muhammad Ali himself in 1976. Malls would have retail stores, restaurants, interconnected buildings and a central concourse area.

The trendsetter is definitely SM, which changed the game with its very first Mall, SM North EDSA (1985) and cemented its retail dominance with “Mall of Asia”. Iloilo has its share, with mid-sized malls within the downtown and city proper that pre-dated SM city Iloilo. Marymart mall, the acknowledged pioneer from the 70s, was followed by Gaisano Guanco in 1984, and the Atrium.

The tag, “city” in SM city was a winner – like a city it had food, banks, theaters, bookstores, boticas, travel agencies, florists, postal services, clothing, jewelry, and department stores. It sounded the death knell for smaller department stores, bazaars and emporiums particularly in Calle Real; this was abetted by outdated infrastructure — narrow roads, flooding, power interruptions.

Meanwhile there were opportunities elsewhere, as growth in Jaro, Arevalo, and Mandurriao districts and immediate neighboring towns made the downtown area settle like a retiring old dowager. 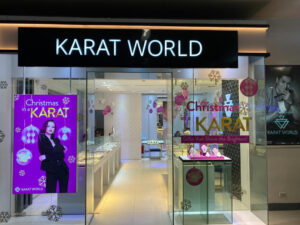 The rise of Betamax, videotapes, VCRs, and DVDs, and the mall multiplexes would eventually lead cinemas in the downtown area to close, with many repurposed into stores selling household ware and plastics.

In truth, the construction of SM city — and other business establishments along Diversion road –could have happened years earlier. In his 1997 book, “Iloilo in the 20th Century: An Economic History”, historian Henry Funtecha noted, “Petty political factionalism at city hall and its hostility to potential investors caused the city to miss opportunities…SM City in Bacolod, for instance could have been in Iloilo in 1991, had the construction of the 17-hectare lot in South Superhighway (now known as Diversion road) not been interrupted and later aborted by harsh impositions by a person with powerful clout in the city government….

Uncertainty for the construction, and the cost of delay, left SM with no other choice but to bypass Iloilo City and turn to Bacolod. The loss of SM City then was also the loss of the biggest commercial establishment that could absorb a lot of the unemployed workforce in Iloilo. This affected not only SM but also other companies….” 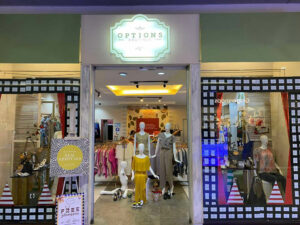 Funtecha notes improvements in other areas, “new businesses began sprouting, new ventures realized, and major commercial firms begun expanding or branching out in the suburbs, particularly Jaro.” He noted, “…One factor for a favorable investment climate in Iloilo is its large middle class; land ownership is not as concentrated as in other regions, an increase in income arising from favorable agricultural performance is spread out wider, resulting in a larger market…”

In “Iloilo: A Rich and Noble Land” (2007), economist Padojinog cited four opportunities that contribute to the city’s growth: Urbanization of regional centers, BPOs and improved telecommunications infrastructure, tourism, and OFW (overseas Filipino workers) consumer spending. The OFW phenomenon also contributed to rise of MSMEs (micro, small and medium enterprises). Iloilo City with its many universities would help, with a steady supply of overseas workers.

SM maintained hope that the petty politics in Iloilo of the early ‘90s would be settled. Meanwhile SM invested where the business climate was more favorable; such as a La Botica on Guanco Street, and an SM supermarket in Jaro in 1998. Eventually, construction began in the present site, and SM City in Iloilo opened to the public in 1999. 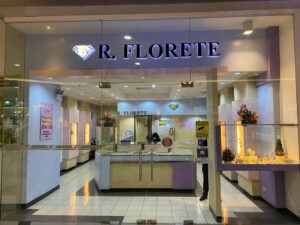 This meant a boom for several initial tenants of SM city – homegrown brands such as Karat World, Breakthrough and Options started or expanded; while established names such as Sarabia Jewelry, R. Florete Pawnshop and Jewelry, Ted’s La Paz Batchoy and others opened outlets in SM City.

Felix “Trix” S. Gorriceta, president of Karat World, reminisces how he started out managing his first store in SM City Iloilo, back in 1999 after finishing Gemology studies in London.

“SM seems to have perfected its management style over the years – they listen, respond quickly, pay attention to detail, and are very aware of the big picture. Tessie Sy-Coson made some notes on a store plan we submitted, suggesting a color for our shelves. When we met months later, she whispered, “I’m glad you followed the suggestions…” they are that aware, and this has helped me as an entrepreneur — there is a reason why SM is No. 1.”

Karatworld now has 35 stores nationwide – 16 are in SM Malls. Not bad for a business started by his mom, Sandra Sarabia-Gorriceta, who wanted her children to learn the ropes, instead of loafing around after classes in Manila. 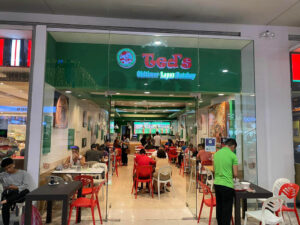 Another pioneer, Ted’s Oldtimer La Paz batchoy, opened its first outlet in SM City Iloilo. Now run by the third generation, Ted’s has 20+ branches all over Luzon and the Visayas. If there is any name most associated with popularizing La Paz Batchoy nationwide, it is Ted’s, where over 3,000 bowls are served daily – over a million each year.

Developments in areas surrounding SM city were also spurred. These included other MSMEs and services, catering to those working in malls. Nearby, subdivisions, entertainment and restaurant complexes, hotels, and eventually the business park complex arose—all within a half kilometer of the “city within a city”.