One’s visit to Iloilo City is not complete without going on in an exciting food trip experience. True to its title “the Food Haven of the Philippines”, Iloilo City offers lots of must-try gastronomic delights.

Aside from authentic Ilonggo delicacies like La Paz batchoy, Pancit Molo, laswa, chicke inasal, chiken binakol, and KBL, there are several famous restaurants around the city that offers international authentic cuisines such as Korean, Thai and Chinese.

One can find and discover lots of these specialty or authentic restaurants as local and international food chains at SM City Iloilo.
The biggest mall in Iloilo and in the region has been supporting the local government unit of Iloilo City in its effort to promote more the city as the country’s gastronomic hotspot.

One of the homegrown brands nestled particularly at SM City Iloilo Southpoint is the Kusina Tsina of restaurateur Eugene Chua.
Kusina Tsina is one of the best restaurants serving authentic Chinese cuisine in Iloilo.

Formerly located along Quezon Street in downtown Iloilo, Kusina Tsina moved out in 2019 and found a much crowd-drawer location at SM City Iloilo.

According to Chua, with SM, Kusina Tsina gets better exposure and easy for the public to access coupled with better parking space for their customers.

Kusina Tsina, since 2008, is best known for its notable and best seller signature dishes Dimsum Platter and Roasting Combo Platter.
Food lovers also keep on coming back to the restaurants for its other mouth-watering Chinese dishes Frookien Fried Rice, Beef Brisket Pot and other combo meals.

Kusina Tsina, with 17 working staff, is proud and confident of its delicacies with its tagline, “Pag di masarap, libre na.” (If it’s not good tasting, It’s free)

Aside from SM City Iloilo, Kusina Tsina has a branch also at SM City in Roxas City, Capiz specifically at the second floor of the mall.

For choosing SM again as home for its second branch, Chua explained, “Because with SM, mas daku ang chance ta ma-grow sang negosyo.”(There is a greater chance to grow your business)

“We are very lucky that we are recognized as one of the authentic Chinese cuisines here in Iloilo, the same with our branch in Roxas City,” he added.

For now, Kusina Tsina is boosting its marketing strategies by offering discounts to attract more customers and also part of its appreciation to its patrons.

The latest offer they have is free Birthday Noodles plus 10 percent discount on total bill for birthday celebrators who will celebrate with Kusina Tsina. Promo applies to dine in only and a minimum purchase P2,000. 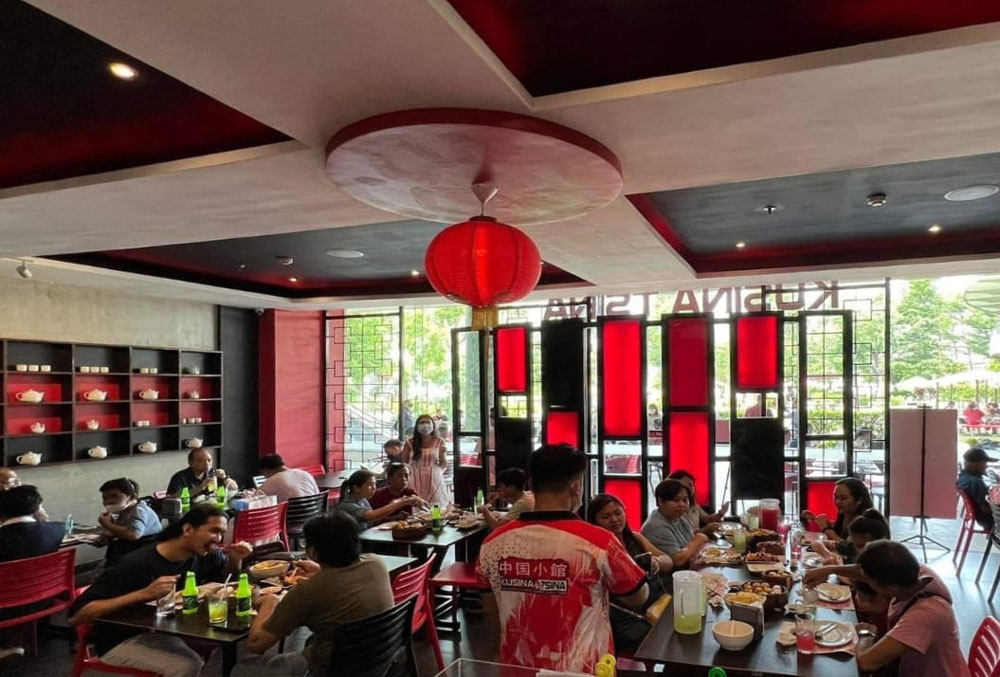 Chua, meantime, assured that the restaurant still follows health protocols against COVID-19 to make sure that diners are safe while enjoying their meals.