Mayor Jerry P. Treňas received the report from the Department of Agriculture that out of 17 samples, one tested positive for ASF.

He said the city’s ASF Task Force is already working with barangay officials to ensure protocols will be followed.

“We will have to depopulate all hogs within the 500-meter radius. The animals will be buried properly. Any dead pig should be reported right away, and should not be thrown in our waterways,” he stressed. 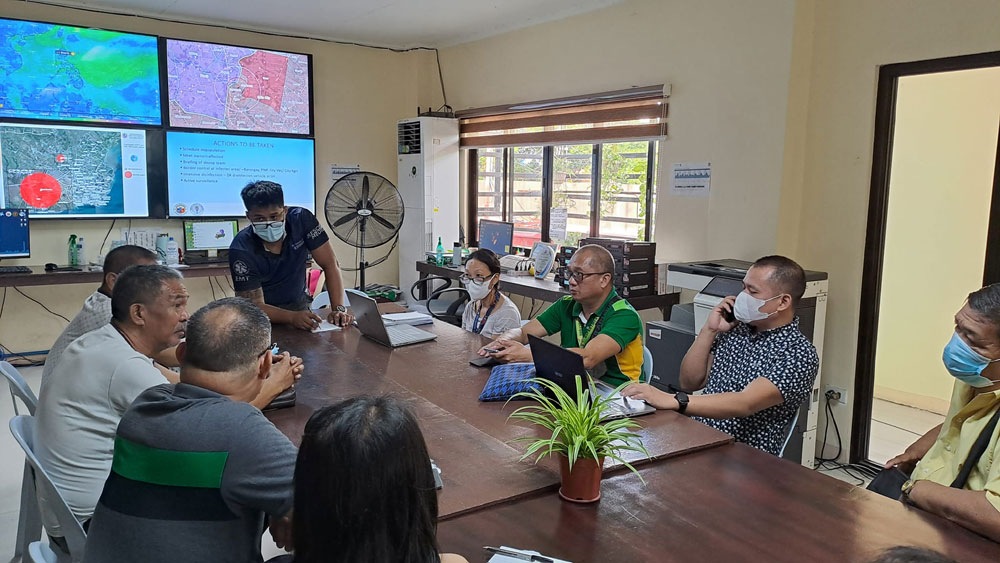 The city will also find ways and means to extend financial assistance to affected owners in the area.

Slaughterhouse disinfection is regularly implemented, and the hogs are slaughtered immediately upon arrival.

ASF Task Force has drawn up actions to be taken following the first confirmed swine death due to the disease.

A representative from the Department of Agriculture was also present. (via Iloilo City PIO)