The city is positioned as the Biking Capital of the Philippines because of its neatly paved bike lanes that are mingling with greeneries and blooms which are a feast to the eyes for its breaks what used to be a monotony of color composed of white and gray.

The Iloilo City Government has initiated the best of efforts to transform the city as nature’s haven by integrating pockets of natural spots across the city’s seven districts. The city government’s Beautification Program is instrumental in the cleaning-up of the spaces despite the ongoing COVID-19 pandemic.

Here are 5 upcoming projects envisioned by the Iloilo City Government under the leadership of Mayor Jerry P. Treñas: 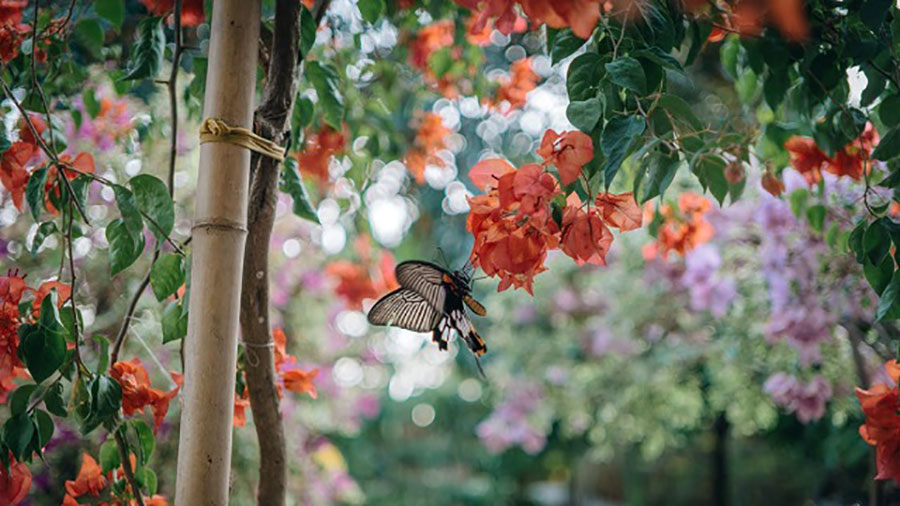 For butterfly and nature enthusiasts, this one is surely a treat. Mayor Jerry Treñas has announced the rise of the Iloilo City Butterfly Garden, which is one of the many green-leaning projects in Iloilo City.

Stretching up to 270 sqm., this garden will feature 24 food plants and 4 common butterfly species. The garden will be situated adjacent La Paz Plaza. 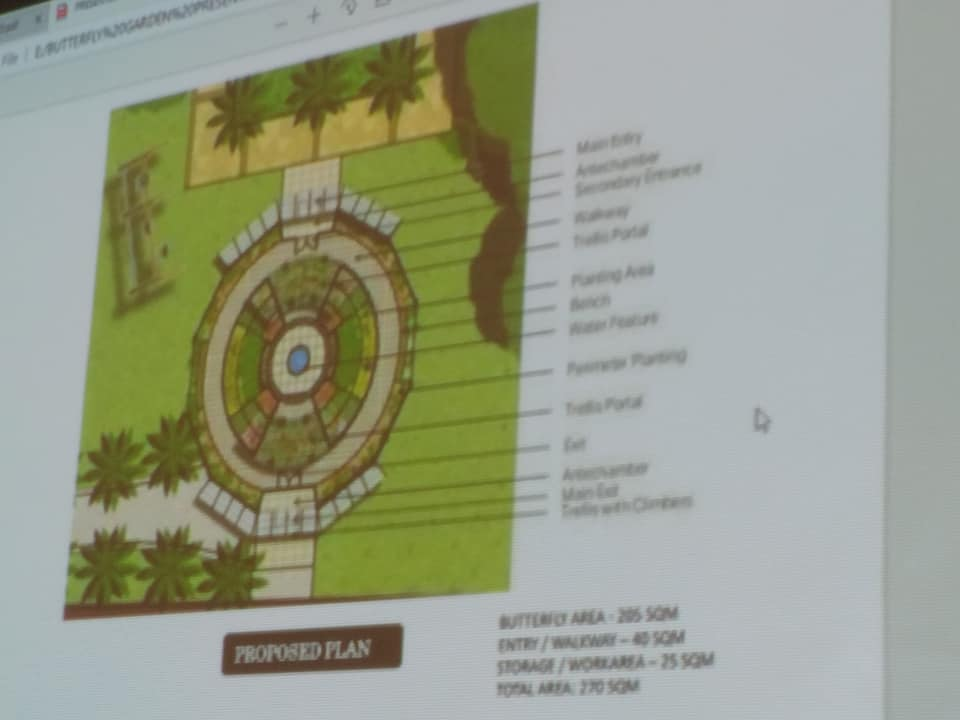 According to Leny Ledesma, the garden will be an educational, interactive, and exciting experience for children. The insights of this project, as she noted, were taken from biologists, butterfly collectors, and eco-experts.

The initiative is part of the revitalization of plazas as open spaces project so that the Ilonggos will have places to enjoy. “We always aim for the city’s sustainable development,” said Mayor Jerry P. Treñas. 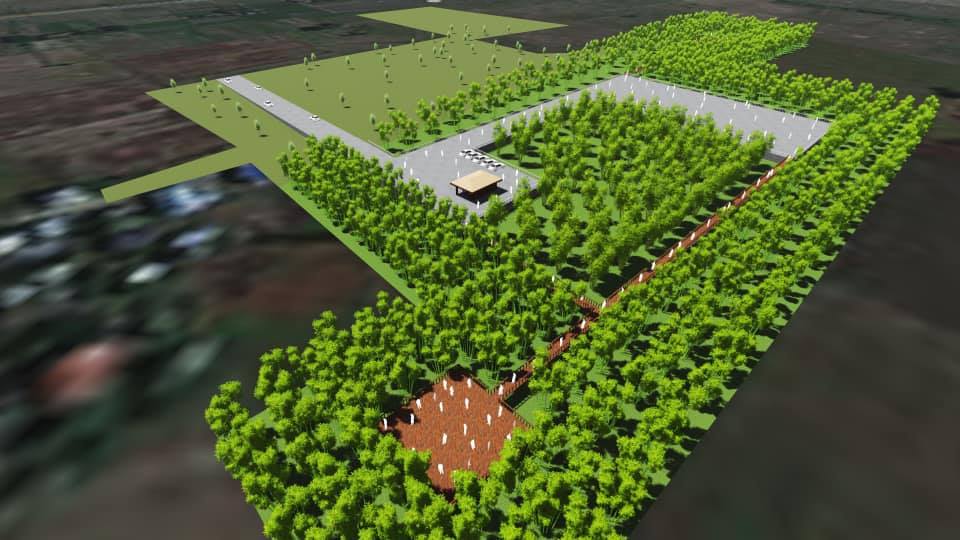 Another upcoming project is the Iloilo City Tree Park, which is eyed to be put up near the relocation site in Brgy. Lanit, Jaro.

The project is one of the Tree Park Networks and a major part of the city government’s greening initiatives which includes the development of eco-parks, wetlands, and mangrove areas. 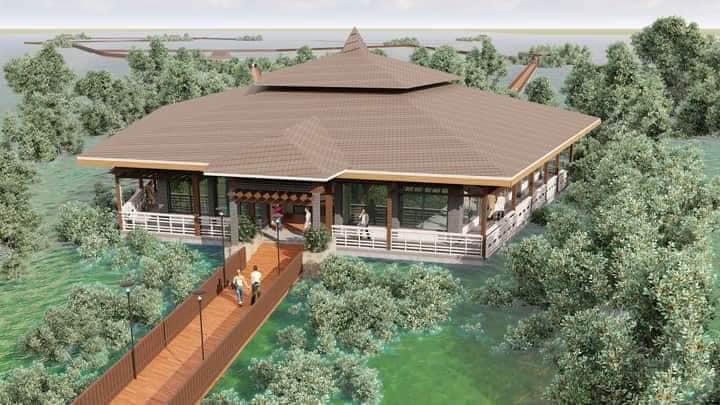 The blueprint of the park has been translated in the groundworks and the work for Iloilo City Tree Park Network. 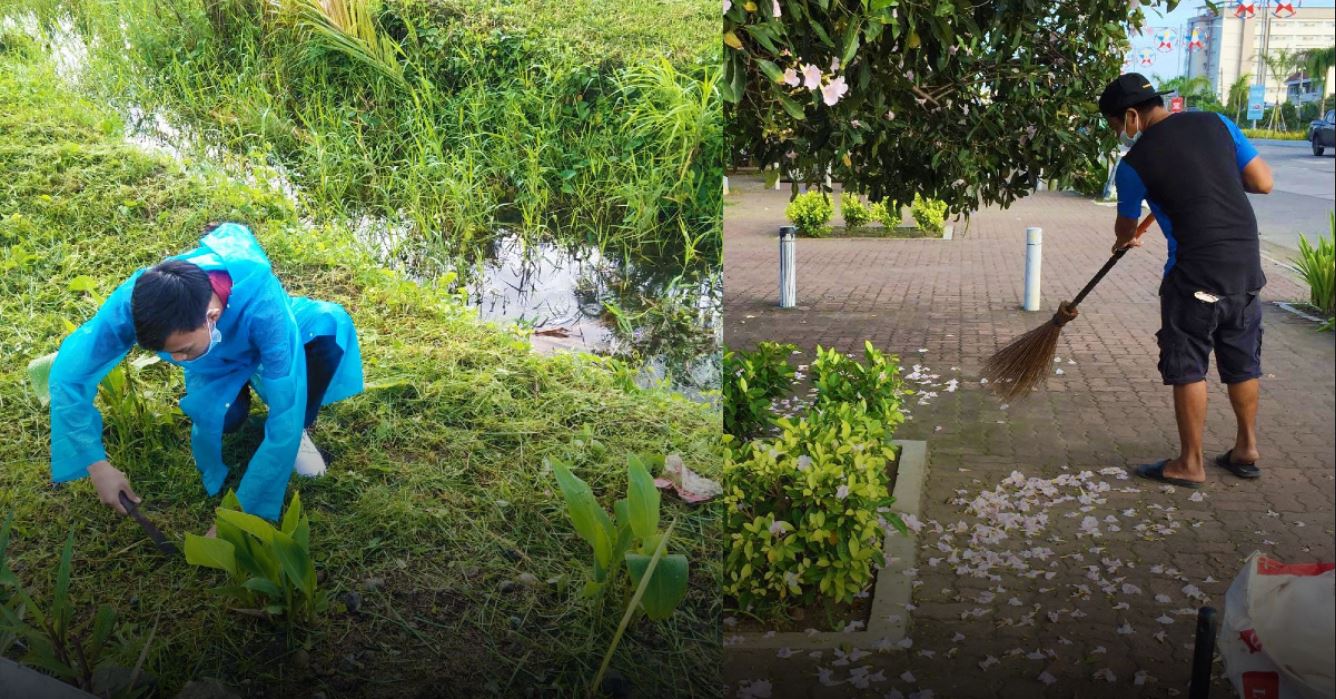 Sweeping sidewalks, pulling out weeds, trimming the plants – were the penalty for city folks who violated quarantine protocols.

Being caught not wearing a face mask or protective gear in public areas has a fine and a community eco-service to deliver. Around 16 city folks rendered community service for violating Iloilo City health protocol rules under Regulation Ordinance No. 2020-061.

The 8 hours of community work the violators rendered to the city for 3 consecutive days made the city cleaner and greener. 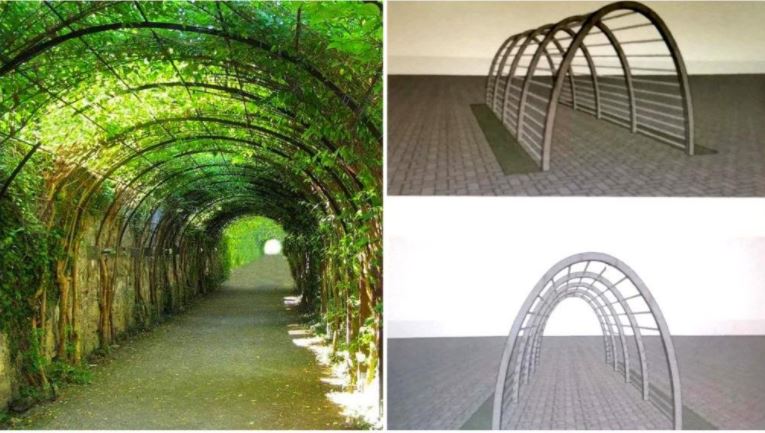 Iloilo City has invested in the development of bike lanes. This time, a more picturesque walking lane is up – the Green Tunnels. Most definitely, the Green Tunnels will add up to a greater cityscape.

The city government announced that a Green Tunnel project is in the works. It is included in Iloilo City’s development plan and a measure that will help mitigate the impacts of climate change.

The Green Tunnel will be integrated along the bike lane stretching around 4.6 to 6 meters and it will be covered by ornamental plants and vines. 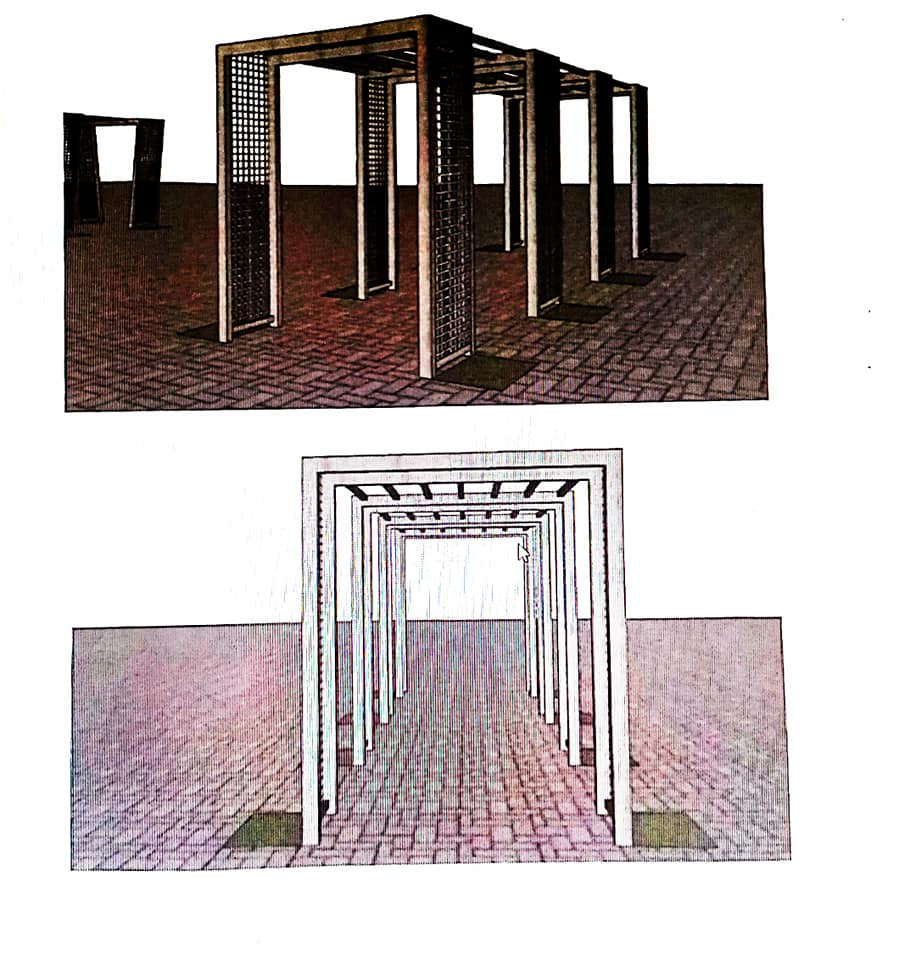 Aside from the green tunnel, 32 waiting sheds will also be constructed this time with vines and plants as roofing along Benigno Aquino Avenue’s public jeepney loading and unloading bays.

The City Engineer’s Office has already submitted three designs. “We are still finalizing the plan to see which is applicable for the city so we could be able to meet our needs regarding social, environmental, and economic challenges,” said Mayor Treñas. 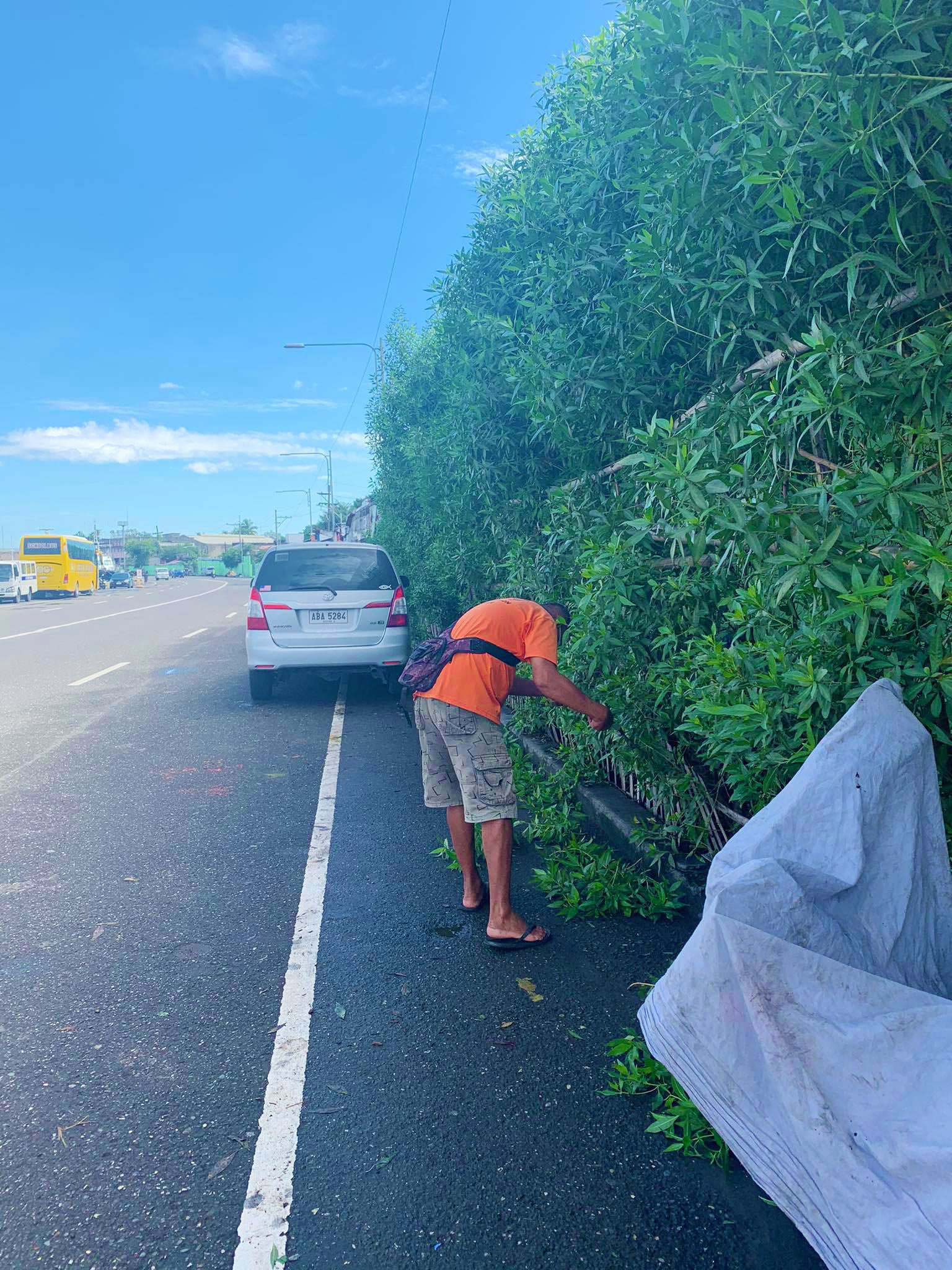 The city’s sidewalks are now being gradually turned into a lush and green mini-forest – thanks to Nedra trees.

Among the spaces which were transformed is a sidewalk along Muelle Loney which is across the Iloilo River and near the Philippine Ports Authority (PPA). Nedra trees that were planted in the area have grown one year after making the area greener. 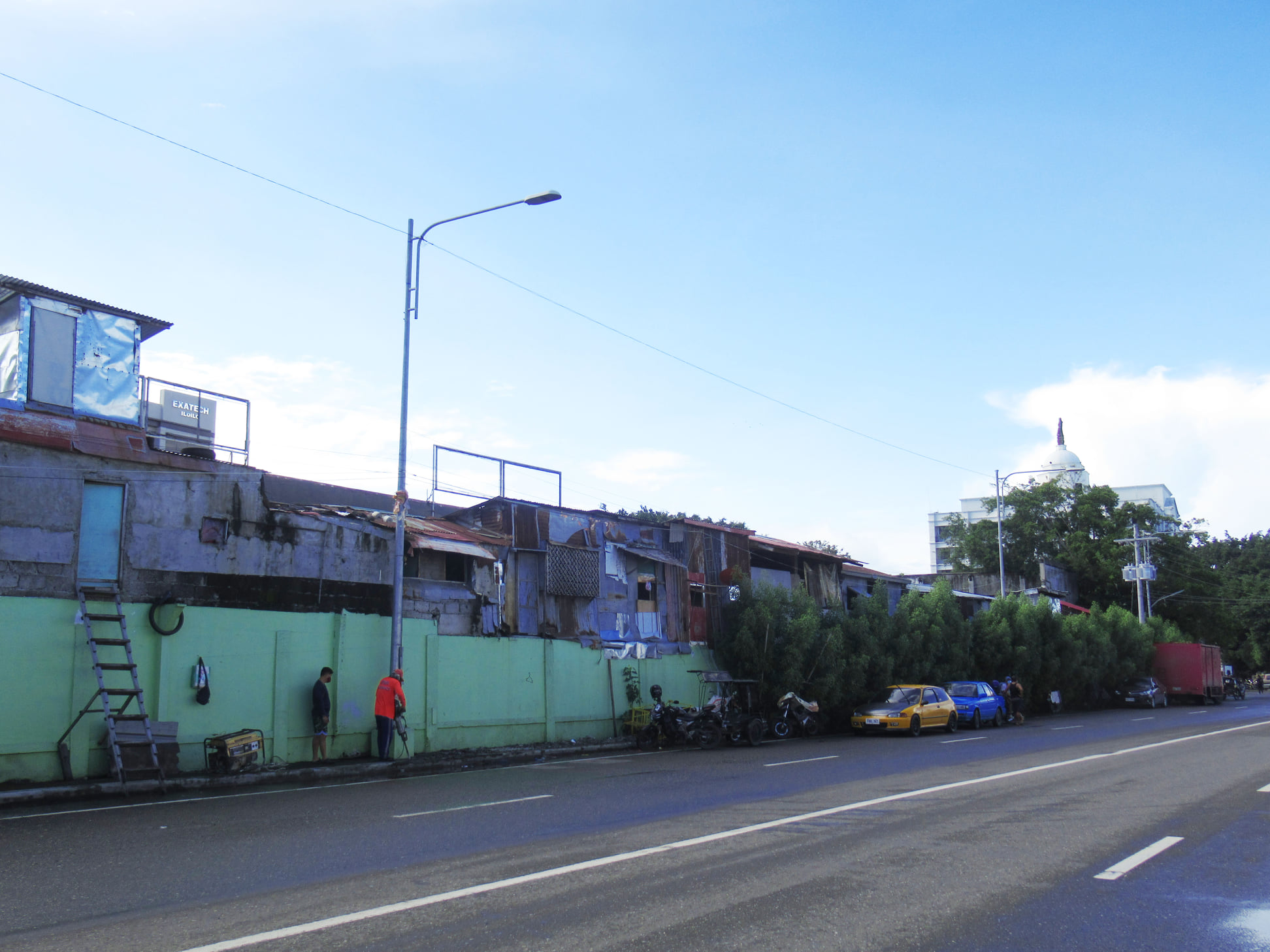 Seeing the green development in the area prompted the Beautification Programs chairperson Ninda D. Atinado to remove the concrete obstructions and instead planted more Nedra trees. The transformation of the area is envisioned for commuters by boat to enjoy natural beauty in the years to come, it said on its Facebook page. (Photo credits: Vismin.ph, Wethepvblic, Jerry Treñas, Iloilo City Government Beautification Program)

Putting Iloilo on the radar of food lovers