March 16, 1521. The Portuguese explorer Ferdinand Magellan landed his foot in the island of Cebu. The province considered as the cradle of Christianity in the Philippines. There, he led the conversion of Rajah Humabon and his consort Harah Amihan who were baptized as with christening names Carlos and Juana.

March 31, 1521. The first mass in Limasawa happened with Fr. Pedro de Valderrama, chaplain of the voyage as celebrant.

April 27, 1565. The evangelization of the Philippines began after the arrival of of the conquistador Miguel Lopez de Legazpi in Cebu. Natives burnt their house and fled and the image of Santo Niño, the Child Jesus was found in one hut. This was the gift of Magellan to the couple Carlos and Juana.

Through Legazpi, Cebu is the first Spanish settlement called “City of the Most Holy Name of Jesus.”

Through the years, the Christian faith in the country has survived and became stronger. Filipinos’ Catholic faith is recognizable all over the world.

The establishment of the Archdiocese of Jaro

Also read: Iloilo tourist spots: what to do and where to go

This Lenten season opens again the tradition Seven Churches Visitation. While we are in the middle of battling the pandemic, some of us wants to physically visit churches which are near the area. Here is a list of churches you can visit for your devotion without leaving the city:

Jaro Metropolitan Cathedral or simply Jaro Cathedral is the National Shrine of Our Lady of the Candles and the seat of the Roman Catholic Archdiocese of Jaro. It is the home of the Marian image of Our Lady of the Candles which is distinct of being canonically crowned personally by Pope John Paul II. Another feature is its all-male ensemble of saints are on the main pillars. The Virgin’s icon is the only exception.

Molo Church or the St. Anne Parish’s construction is in 1831 and said to be the only Gothic-Renaissance Church in Western Visayas. It is a “feminist church” because female saints are in each pillar leading to the main altar.

This church the Our Lady of Peace and Good Voyage Church. La Paz was once part of Jaro parish. La Paz became an independent parish in 1870. The temporary church and convent’s original edifice was mainly of bricks and wood. It was during 1870 to 1874, when the building of a new church made of red bricks, stone and cement.

The Arevalo Church is the home of the Image of Sto Nino De Arevalo. This church has a unique feature wherein it is location is at the middle of Plaza Villa when almost all churches are separate from their plazas. Arevalo Church has a modern design. The image of Sto. Nino is at the right side of the main altar.

San Jose Church adheres to the Renaissance design. It was erected by the Jesuits in 1607 making it the first church in Iloilo City. The church is located in Plaza Alfonso XII, now Plaza Libertad.

Immaculate Conception Parish Church in Tanza “Tanza Parish” is important in the life and history of the Tanzahanons. It was founded by the Millhill Missionary Fathers in 1910.

The Parish of Santa Teresita Del Niño Jesus is under the jurisdiction of the Archdiocese of Jaro. Santa Teresita belongs in the Vicariate of St. Paul. 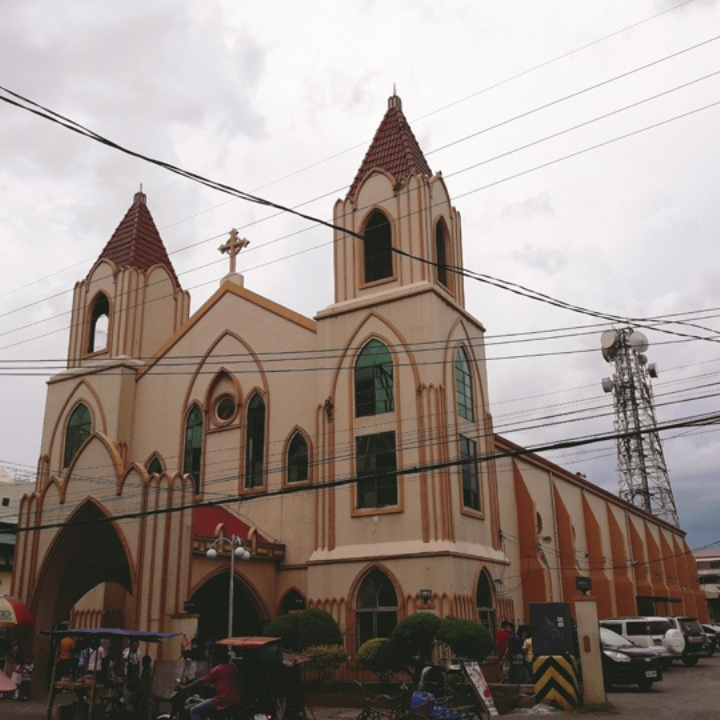 Discalced Carmelite Friars (OCD) in Jaro is  the one running the parish of St. Joseph the Worker.

St. Clement’s completion was on 1931. The Redemptorists or the Congregation of the Most Holy Redeemer is the one managing the church. St. Clement’s Church has a modern design that is both appealing and simple.

Our Lady of the Miraculous Medal Parish

The Our Lady of the Miraculous Medal Parish is a parish of devotees journeying with Mary towards the building of the Kingdom of God here on earth.

Every year is a celebration to give thanks for the gift of faith. History would take us back that the Cross of the faith came with the Sword of conquistadores but through the years we are able to draw a line between faith and colonization. Our ancestors have successfully drove away the colonizers yet our devotion, tradition and loyalty to the Catholic faith remained.

This year is not about looking back to the past but more of looking forward into the future. The mission is to continue to pass the faith to the next generations that our great ancestors passed onto us. Finally, quinquennial is not the only years this faith shall live but to graciously spread it until the countless quinquennials.