As the morning sun rises above the mangrove-lined Iloilo river, a group of individuals set out on a boat and paddle their way towards Muelle Loney. Breaking the calmness of the water, these individuals thrust their blades in synchronicity, propelling everyone forward.

Never mind the callouses from extreme paddling, these individuals are relentless in their vision of promoting the dragon boat sport in Iloilo and preserving the Iloilo River.

They make up a group called Team iPAD (Iloilo Paddlers Club, Inc) which was founded on June 27, 2019, by former paddlers and their friends who wanted to mainstream the sport in Iloilo City. It grew to a 40-member team in 2020.

“The team aims to mainstream dragon boat in this part of the country by teaching the sports to interested individuals, young and old, professionals and out-of-school youths alike,” said Dorilag.

For two years, the team used a bamboo raft to practice on the Iloilo River. They did not have enough resources to acquire a dragon boat. The members even had to produce their gear.

Then, the pandemic came in 2020 which limited everyone’s mobility. Despite this, the team continued its training while following health protocols.

Making dreams into a reality

Giving justice to their team yell “Team iPAD. Waswas! Team iPAD. Baskug!”, they continued to strive despite the challenges.

Blessings come to those who strive and do not give up on their dreams. In January 2021, Team iPAD received two dragon boats from the Philippine Sports Commission with the help of the Iloilo City Sports and Development Office and the Office of the City Mayor.

Rudiver Jungco Sr, the mayor’s executive assistant for youth and sports, commended the team’s hard work. “While we were in talks with the concerned agencies [for the dragon boats], the Iloilo Paddlers Club has been continuing working on their training, and even improvising materials to come – up with a bamboo raft or ‘balsa’ for their training. Their hard work is commendable, they are not giving up on their dreams.”

Team IPAD would be able to fulfill its mission of becoming a premier dragon boat team representing Iloilo in national and regional races.

To start, the team plans to join invitational races in neighboring cities and provinces.

Educating the community, and protecting the Iloilo River

To mainstream the sport in Iloilo City, the team held a Dragonboat Clinic for the local youth during the second quarter of 2020 and the first quarter of 2021.

The team also conducted a Basic Life and Safety Training for the members and the community.

With dragon boat paddling, the club also highlights the potential of its home base – the Iloilo River – for tourism, sports, and wellness. “Being close to the river, the community is inspired to protect it. It is our playground. It is our home,” Dorilag said.

That is why the team regularly conducts a coastal and river clean-up in coordination with the City Environment and Natural Resources Office (CENRO).

Becoming a successful paddler requires commitment. After all, the sport is a tough one.

Dorilag shares that to be a successful paddler, a person needs discipline, exercise, and time to train. One must have a love for water sports, a passion to share, and the ability to have fun.

With the slogan “Level Up Sports Through Inclusivity”, the team welcomes everyone regardless of gender, background, or profession.

“The team is open to all who are willing to learn, available, and can attend the training. We have a membership process that takes note of attendance,” Dorilag said. He added that one should be physically ready for the activities expected during training.

He explained that for now, the members will need to provide their paddles and vests. “We are working with the City Sports office and other sponsors who might be able to provide equipment to those who are interested but can’t afford the gear.”

Background about the dragon boat sport

Paddling is the act of propelling a small watercraft such as a kayak or canoe with the use of a paddle, a wooden implement that has a long handle and a broad flattened blade.

One popular paddling sport is dragon boat racing which originated in China, that is why the boat has a Chinese dragon head and tail.

It involves a crew of 22 individuals – 20 paddlers, one drummer, and one steer. The drummer sits at the front and watches the strokes of the lead paddlers (the front crew who sets the pace) and relays this to the rest of the team by beating the drum or through other gestures. The crew in the middle provides strength and power to the boat by digging deeper into the water. Those at the back also set the pace for the team through deeper and longer strokes so as not to push or chase after the front. The steer at the back needs to be aware of water and wind conditions and their effects as well as boat commands.

The sport has several benefits. First, it increases the body’s muscle strength, especially on the shoulders, arms, core, and legs. It is no wonder that paddlers have a strong, solid, and balanced physique.

Next, it provides good cardiovascular exercise. Since it is a low-impact sport, it is kinder to one’s joints and tissues.

Then, it brings a person closer to nature such as the river or the sea with the magnificent sunrise, clear blue sky, or sunset as a backdrop.

Also, it is good for mental health. During intense physical activity, the body releases chemicals called endorphins which make a person feel happy and energized. Additionally, being close to water helps reduce stress and anxiety.

It also teaches teamwork because the crew needs to work in unison to propel the boat forward faster. After all, strength, endurance, focus, timing, and teamwork are essential in a successful paddling team. 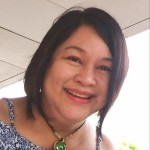